Canazei pearl of the Dolomites

Canazei, where the Hotel La Perla sits, is one of the most popular tourist destinations in the Alps, moving the tourism of Alta Val di Fassa in Trentino Alto Adige.

Its enviable location, situated in a beautiful valley at 1,460 meters above sea level, nestled between the world’s most famous Dolomite peaks: the Roda di Vael, the Rosengarten, Sassolungo, Sella, Pordoi, Monzoni above which the Marmolada stands unchallenged.

This casts Canazei in the largest and most spectacular ski area, the Dolomiti Superski, with 4 ski areas easily reached from the village, raising this delightful alpine village as the snow sports capital. 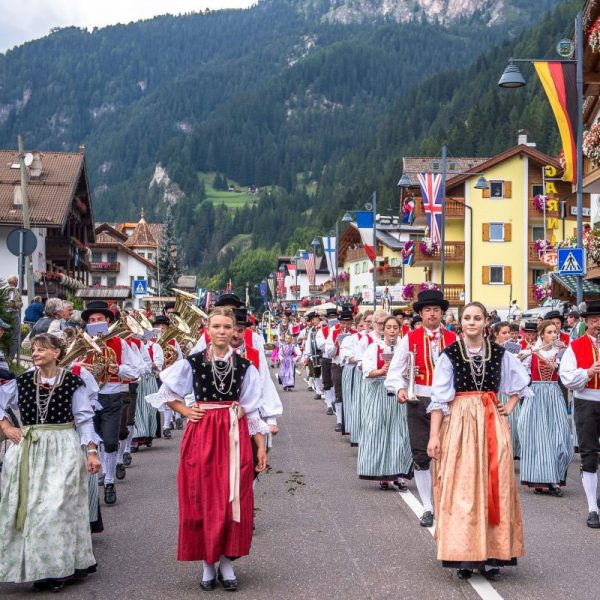 The ladin origins of Canazei are also found in many events, such as the one which takes place in July: “Te anter i tobiè” during which the typical barns are open to the public to rediscover the crafts of the past, or in August, the “Gran Festa da d’Istà”, a very exciting celebration in which the whole population takes part wearing local costumes.

A mountain of legends set between the peaks of the Dolomites, kingdom of the legendary King Laurin, make a holiday in Canazei even more fascinating. These charming peaks will leave you definitely spellbound when they light at sunset, giving birth to the unforgettable light phenomenon called Enrosadira.

Canazei and its Dolomites: a fairytale holiday that never ends …

We use both our own cookies and third party cookies to improve our services. If you decide to continue the navigation we consider that you accept their useokInformation